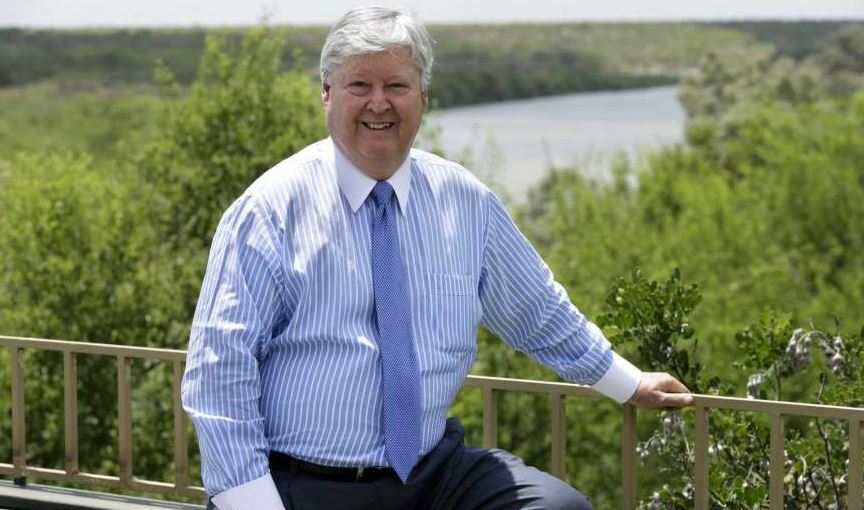 In 2017, I authored a white paper entitled "Common Sense Border Security Solutions," which I have shared countless times with members of Congress, Trump Administration officials and other leaders in the public and private sectors across the country. In it, I presented a plan for addressing border security and immigration that is sensible, fiscally responsible and that serves our national interests, one that notably does not rely on an ugly, expensive and ineffective wall to accomplish the desired objectives.

Unfortunately, the federal government continues to pursue a massive border wall, including a proposed 69 miles in South Texas of which part would cut through Laredo's historic downtown. The Rio Grande is an essential part of Laredo's social, cultural and economic fabric as well as a beautiful amenity for residents and visitors. An ugly wall in downtown Laredo would destroy this fabric and unnecessarily separate law-abiding people from the river - with no benefit for border security while dividing us from our neighbor, Mexico.

In this instance, too many people in Washington would rather make a decision based on ideology and politics rather than listen to those of us who are the most knowledgeable and most affected by these issues. This approach promotes poor decision-making that creates only conflict rather than offering a sensible resolution as well as wasting billions of dollars. The wall costs $20-25 million per mile to construct.

A majority of Texans, including many who live and work on the border, have supported President Donald Trump's efforts on border security. But we do not support a wall, particularly one that would damage our city. In Laredo, we'd rather see common sense security solutions that deter illegal immigration and smuggling, including increasing the number of Customs and Border Protection personnel and investing in infrastructure and technology.  Besides being unappealing, a steel and concrete barrier that would cut through our city would also symbolically sever our relationship with our sister city, Nuevo Laredo.

The over $15 billion the government would spend on a proposed 731 miles of wall should instead be spent on upgrading the security at our ports of entry to facilitate legal trade and travel, working with Mexico to suppress or eradicate carrizo cane and salt cedar along the Rio Grande — invasive, non-native plants that hinder Border Protection agents' ability to see and respond to those seeking to cross illegally - and employing video surveillance to quickly detect, identify, classify, track and respond to border threats.  The river itself is an effective barrier with these improvements, and with far fewer tax dollars committed.

Cleaning up the Rio Grande, eradicating non-native and invasive vegetation, building all-weather roads for easier access to the river, and developing a larger buffer zone between the two countries would make it much harder for both criminals and immigrants to even attempt illegal entry. By taking these steps, the area could then be managed much more effectively with technological solutions, such as motion detectors, cameras and infrared sensors. This approach is a faster, cheaper and more effective way to patrol and control the river, as opposed to a far more expensive and intrusive wall.

Yes, we need security along the U.S.-Mexico border.  We need it at our legal ports of entry, where most drug smuggling and human smuggling actually occurs.  And we need an unobstructed river with visibility in areas where Border Protection and local law enforcement can stand between our Texas communities and violent cartels.

In other words, we want President Trump to keep the wrong people out of Texas and the rest of the country.  But we also want to keep our border open to the commerce and legal immigrants who have always contributed to making our city, our state and our nation a special and prosperous place.  And we want to keep a costly, divisive and ineffectual wall out of downtown Laredo and from unnecessarily being constructed along the river. We need to protect the river, not destroy it.