Lack of immigration reform points to a crisis of complacency 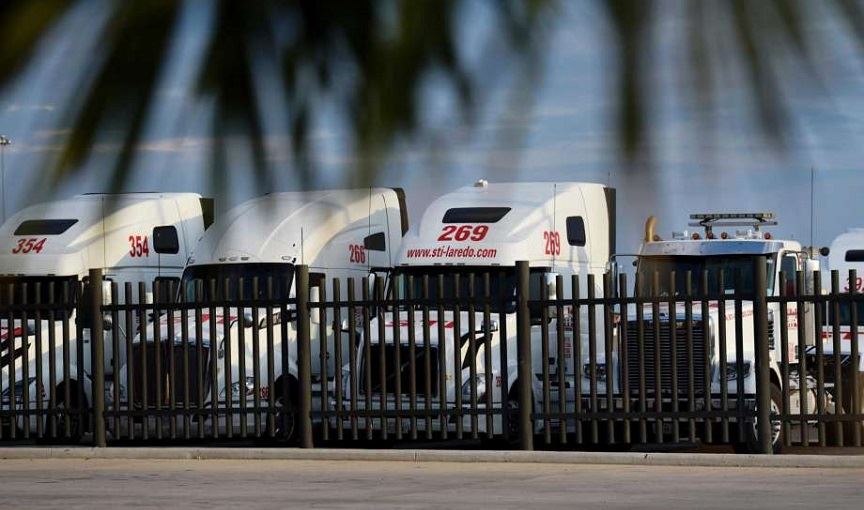 Image retrieved from My San Antonio from the Express-News.

President Donald Trump framed his threat to levy tariffs on goods imported from Mexico as a strategy to address the issues of border security and illegal immigration. He has issued a 90-day ultimatum to our southern neighbor, demanding that an answer to immigration woes be identified and implemented on Mexican soil. But how can we place blame and responsibility on our neighbor when our own broken laws need fixing?

Those of us who live and work on the border know that more than being unsound, tariffs would be disastrous for the U.S. economy and would have no perceptible effect on immigration. To truly enact change, Congress needs to pass and the president needs to sign legislation that addresses our own outdated and dysfunctional asylum and immigration policies. It is shameful for us to intimidate a neighbor while failing to take appropriate action in our own country.

We need commonsense solutions that enhance trade, increase security, and deter illegal immigration and human trafficking. We need better security along the U.S.-Mexico border at our legal ports of entry, which require modernization and full staffing. The Government Accountability Office has repeatedly highlighted the underfunding of legal ports of entry. We need an unobstructed river with visibility to give the Border Patrol what they need and want — a direct line of sight along the riverbank and the ability to access the river. And we need the federal government to hire and assign the personnel necessary to quickly process asylum claims.

But what we need most of all is for more people to be engaged in these issues. The real crisis facing our country is a crisis of complacency. Where are our Texas representatives? Where are our business leaders? Too many are standing idly by as this threat to our economy is emerging. We cannot afford to be spectators. The true crisis is happening in Washington, where our leaders are failing to address these critical issues. Rather than blame everyone else, it is time for us to look in the mirror.

The United States, Mexico and Canada truly share a North American economy. We cannot afford to alienate the United States' No. 1 trading partner, Mexico, with tariffs and in the process tear apart an economic partnership that accounts for almost 28 percent of global GDP.

First, Trump threatened to shut down the U.S.-Mexico border, an act that would have punished Mexico and would have included American consumers and workers as collateral damage.

Next, the administration reassigned 750 U.S. Customs and Border Protection agents from our busy ports of entry to assist the Border Patrol. Wait times for northbound goods skyrocketed at those ports, which were already underfunded, understaffed and overwhelmed by years of increasing trade under NAFTA.

Now, Trump continues his threat to impose a 5 percent tariff on Mexican imports. Those costs would be borne by consumers and workers in the United States as much as in Mexico.

In March, Laredo surpassed Los Angeles as the No. 1 port in the country. An estimated $1 billion in products and 14,000 tractor-trailers cross the Laredo border and 250,000 people cross the Texas border daily. Laredo is emblematic of the integration of the U.S. economy with its neighbors to the south and north.

Before the tariff threat, IBC Bank commissioned a study in support of the Texas Association of Business, Texas Business Leadership Coalition, Texas Border Coalition and the Border Trade Alliance to assess the effects of the border slowdown. The study, conducted by the Perryman Group, found that Trump policies were reducing efficiency and costing the U.S. economy billions of dollars in output and hundreds of thousands of jobs. If these delays reduce trade by one-third over a three-month period, they could cost the U.S. economy $69 billion and more than 620,000 jobs. Losses to the Texas economy alone are estimated to reach $32 billion and 292,000 jobs.

We want Trump to keep the wrong people out of Texas and the rest of the country. But we also want to keep our border open to the commerce and legal immigrants who have always contributed to making Texas and the United States an increasingly prosperous place. It's time to end our U.S. hypocrisy, and it's time for Congress to get the job done.

Original article can also be read at https://www.mysanantonio.com/opinion/commentary/article/Lack-of-immigration-reform-points-to-a-crisis-of-14029182.php?fbclid=IwAR01Ln6Py952yYjP9kx6WMhbNBAehy7ZbUMb-efs8liC1rCbJvlIiehER-w