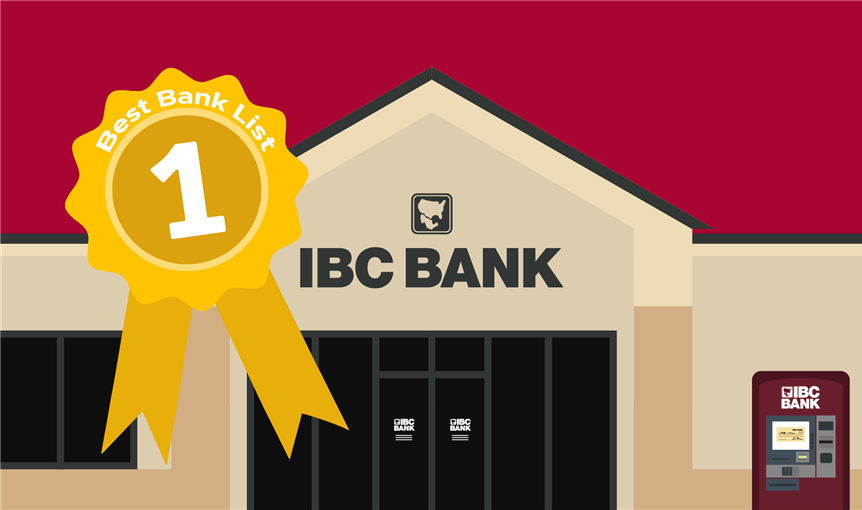 LAREDO, Texas - (BUSINESS WIRE) - July  21, 2021- International Bancshares Corporation (NASDAQ: IBOC), one of the largest independent bank holding companies in Texas, today announced its subsidiary banks received top honors by Forbes Magazine according to an article published June 24, 2021, titled "The Best Banks and Credit Unions In Every State 2021."  IBC Bank in Texas was ranked #1 and IBC Bank in Oklahoma was ranked #3 in the fourth annual ranking. The financial institutions were scored on the basis of overall recommendations and satisfaction. Five sub-dimensions also included were trust, terms and conditions, branch services, digital services and financial advice, according to the report. Furthermore, of the 4,978 FDIC-insured banks in America, just 135 banks, or 2.7%, made the list.

"It is the icing on the work ethic cake when the "do more" mantra of our employees is recognized on a national level," said Dennis E. Nixon, President and CEO. "Through this past difficult year, I am proud to say our employees demonstrated strength, resilience  and dedication to make the IBC customer experience a convenient and pleasant experience at all times."

According to Forbes, the market research firm Statista partnered with the magazine to produce the fourth annual look at the Best Banks in each state to gauge whose customers gave their banks the highest grades. They reported that nearly 25,000 customers in the United States were surveyed for their opinions on their current and former banking relationships.

IBC is a multi-bank financial holding company headquartered in Laredo, Texas, with 186 facilities and 280 ATMs serving 87 communities in Texas and Oklahoma.

"Safe Harbor" statement under the Private Securities Litigation Reform Act of 1995: The statements contained in this release which are not historical facts contain forward looking information with respect to plans, projections or future performance of IBC and its subsidiaries, the occurrence of which involve certain risks and uncertainties detailed in IBC's filings with the Securities and Exchange Commission.

Copies of IBC's SEC filings and Annual Report (as an exhibit to the 10-K) may be downloaded from the SEC filings site located at http://www.sec.gov/edgar.shtml.