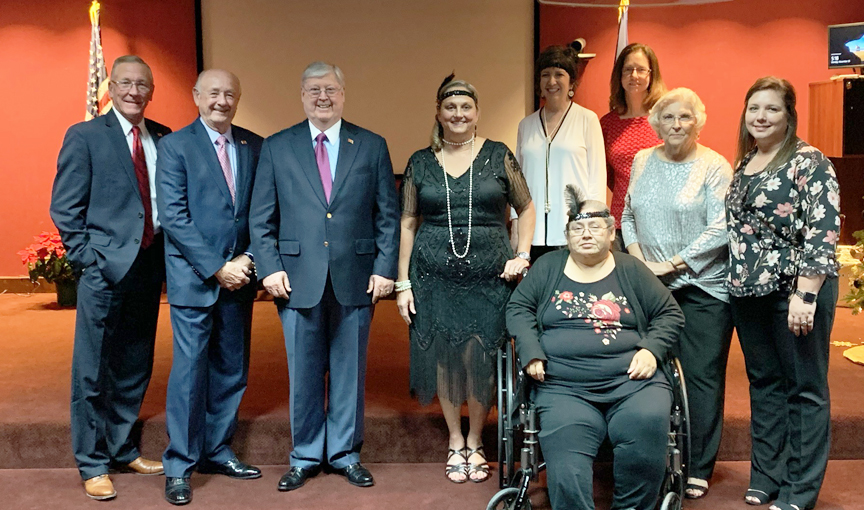 The celebration is part of a long tradition at IBC Bank in which employees are recognized and celebrated for their Do More business and community acumen.

"IBC's commitment to our customers extends to our employees as well. We're proud to boast a team with deep experience in the industry and in our community," said Derek Schmidt, IBC Bank-Port Lavaca President and CEO. "Today we're proud to celebrate these great employees and look forward to their continued success at IBC Bank for years to come."

IBC Bank has made yearly pin presentations a significant tradition for all employees to celebrate their colleagues' achievements. Each milestone pin is unique, and the 25-year pin in particular includes two diamonds and a ruby inlaid into the logo. In addition to their work with the bank, these honorees are each deeply involved in their communities, and volunteer their time with numerous organizations within the area including Habitat for Humanity, Calhoun County Ministries, Calhoun County Little League, The Harbor Children's Alliance and Victim Center, and the St. Ann's Altar Society among others.

IBC Bank-Port Lavaca, celebrating its 25th Anniversary of doing business, is a member of International Bancshares Corporation (NASDAQ: IBOC), a $12.2 billion multi-bank financial holding company headquartered in Laredo, Texas, with 189 facilities and 288 ATMs serving 89 communities in Texas and Oklahoma. IBC Bank's slogan "We Do More" reflects the bank's dedication to the growth and success of the customers and the communities it has been serving since 1966. International Bancshares Corporation was ranked 22nd on Forbes' prestigious list of 100 Best Banks in America in 2019. IBC Bank-Port Lavaca has been serving the area since 1994 and has a retail branch network of three locations. MEMBER FDIC / INTERNATIONAL BANCSHARES CORPORATION. Follow our Facebook page, @IBCBankWeDoMore. More information is available at ibc.com.
USD -
: MMM DD, HH:MM AMPM EDT
Investors
Personal
Business
International
Online Center Options
Frequently Asked Questions
Business Banking
Follow Us:
© IBC BANK