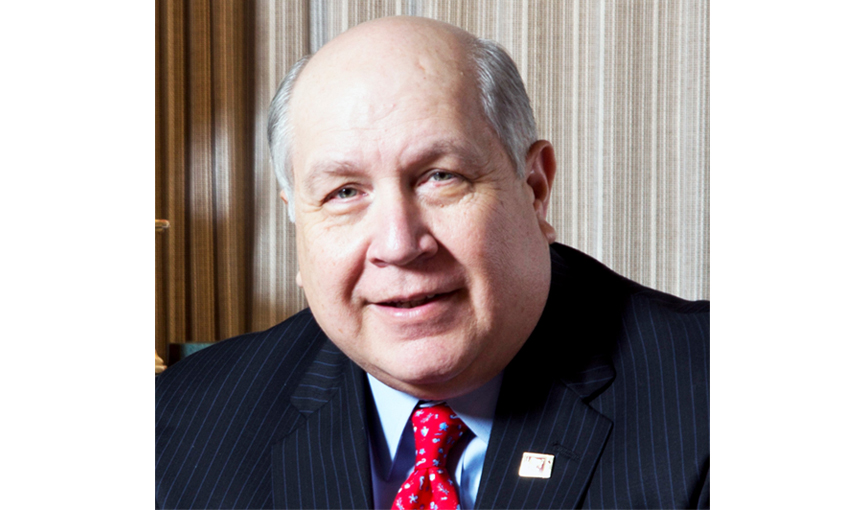 Schwebel will moderate a panel discussion on the impact and implications of the USMCA.

(Oct. 28, 2019) LAREDO, TEXAS - IBC Bank Executive Vice President Gerry Schwebel will be a featured guest at the U.S.-Mexico Border Summit in El Paso on Thursday, Nov. 7. The Border Summit brings together business, government and civic leaders to discuss the importance of the border region in increasing the global competitiveness of both the United States and Mexico. The Summit is a partnership between the SMU Mission Foods Texas-Mexico Center, the Borderplex Alliance and the El Paso Community Foundation.

Schwebel will host "Trade Talk: The USMCA," a panel discussion on the impact and implications of the USMCA. Panelists include Julio Chiu, founder and CEO of the Seisa Group, a global provider of medical device services; Raymond Robertson, senior fellow at the SMU Mission Foods Texas-Mexico Center; and Emilio Cadena, chairman of the board of the U.S.-Mexico Foundation. Schwebel and the panelists will share important insights into how businesses can and should prepare for the pending ratification of the USMCA.

Widely regarded as a leading expert on international trade and finance, Schwebel is a dedicated advocate for free trade, economic development and transportation. He frequently represents IBC Bank and its customers with top government and business leaders in the United States, Mexico and Canada. Recently, Schwebel met with Mexican Ambassador Martha Bárcena Coqui in Laredo and U.S. Ambassador to Mexico Christopher Landau in Mexico City. He also participated in each of the negotiating rounds that resulted in the new USMCA agreement.

"Gerry's experience and in-depth knowledge make him an invaluable asset to our customers and communities on both sides of the border," said IBC Bank Chairman and CEO Dennis E. Nixon. "IBC Bank has held a long tradition of dedication to the success of our communities and particularly the growth of international trade."

Schwebel has held a variety of leadership positions including the national chairman of the Border Trade Alliance (BTA); bi-national director of the U.S.-Mexico Chamber of Commerce; member of the Transportation, Logistics and Infrastructure Committee of the U.S. Chamber of Commerce; member of the Texas Secretary of State's Border Trade Advisory Council; and ex-officio member of the Texas Freight Mobility Committee. Currently, he is on the Executive Committee and Board of Directors of the I-69 Alliance of Texas as well as Lt. Governor Dan Patrick's Ports Advisory Committee. He is also the immediate past president of North America's Strategy for Competitiveness (NASCO), which is a tri-national trade coalition (U.S., Canada, and Mexico) that advocates for competitiveness through logistics, transportation infrastructure, security, energy and a skilled workforce.

Schwebel also serves as a member of the U.S.-Mexico Economic Council (USMXECO) of the U.S. Chamber of Commerce, the premier business advocacy organization dedicated to strengthening the economic and commercial relationship between the United States and Mexico. The group builds on and houses the U.S.-Mexico CEO Dialogue, which convenes private sector leaders from the United States and Mexico to provide joint recommendations for their respective governments on priorities in the bilateral trade and investment relationship. IBC Bank Chairman and CEO Dennis E. Nixon is a member of the Dialogue.

"I have had the honor of representing the business community in trade negotiations since NAFTA," explained Schwebel. "The continuation of the world's largest free trade agreement is essential in an increasingly competitive global economy, which is why I am passionate and dedicated to advocating for its ratification."

The U.S.-Mexico Border Summit will be headlined by former Governor of Florida Jeb Bush and will take place at the El Paso Convention and Performing Arts Center. Tickets are still available at www.borderplexalliance.org.