The Right To Vote Must Be Exercised 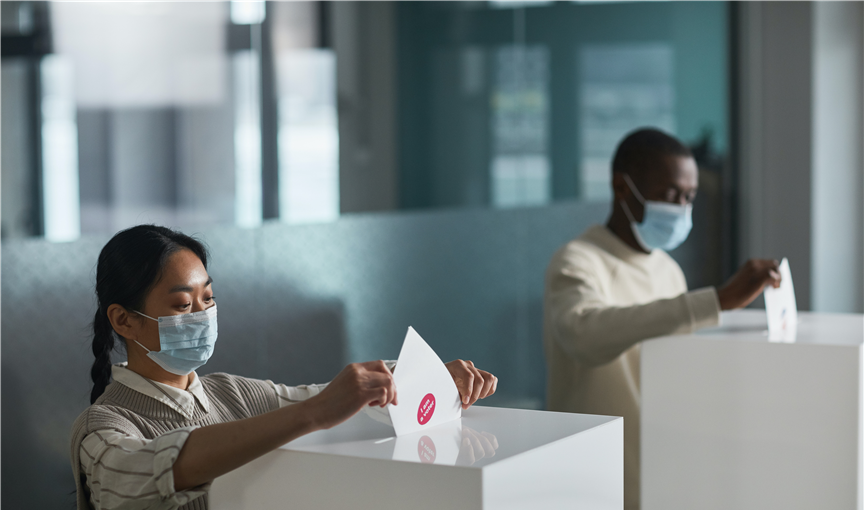 As Abraham Lincoln said, " Elections belong to the people."  Every citizen's vote is sacred.  The vote is how we guarantee that our government remains of the people, by the people and for the people.  It is up to the citizens to make sure they choose their elected officials. It is clearly the obligation of every citizen to register and vote to protect our Republic.

A hallmark of our American democracy has been the struggle to expand the franchise and fulfill the promise of our nation's foundational documents. W.E.B. Du Bois, Susan B. Anthony, Martin Luther King Jr. and Willie Velasquez devoted their lives to that struggle.  We, today, are the beneficiaries of their efforts, as well as the countless Americans who have put on uniforms and worn an oath to defend the Constitution.

There is both irony and tragedy in the fact that while more Americans than ever have the right to vote, the number of Americans who actually exercise that right has mostly hovered just above 50 percent in presidential elections over the past 50 years. Those numbers don't have anything to do with voter suppression and everything to do with turning out the vote.

You might think that people are more engaged on issues closer to home and more motivated to vote in local elections.  However, the percentage of voters often dips into single digits in municipal elections.

Breaking down statewide numbers from the last general election provides a good illustration of the issue.  There were roughly 4 million Oklahoma residents in 2020, with about 3 million of voting age.  Among the voting-age population, 2.3 million were registered to vote.  But only 1.6 million Oklahomans actually cast a vote in the general election.

The political parties, candidates and advocacy groups have done a good job in recent years increasing the number of Oklahomans registered to vote.  But there's still a precipitous drop-off in actual voting.  There were 700,000 Oklahomans who registered but did not vote in 2020, or nearly one-third of registered voters.

Events over the past two years have highlighted how policies at the federal, state and local levels have real-world impacts on our daily lives.  People have strong opinions about those policies, which should be reflected in voter turnout.  But will 2022 be much different from 2020 or other recent elections?

Complaining about politicians and policies you may dislike is the easiest thing to do.  Only slightly less difficult is taking the brief amount of time it takes to register and cast a vote.

Oklahoma's primary elections take place on June 28.  If you aren't yet registered, the last day to register to vote in the primary is June 3, so there is plenty of time. Once you are registered, don't be like the one-third of registered Oklahoma voters who in 2020 didn't cast a vote.  Make the effort to learn about the candidates and where they stand on the issues that matter to you.

Consider that if you do not vote, you are empowering someone else who does vote.  Remember those 1.6 million Oklahomans who voted in 2020 Their votes spoke for 3 million Oklahomans eligible to vote.  Effectively, their votes were twice as powerful as they should have been - not exactly the embodiment of "We the people" that our Republic aspires to be.

Remember Benjamin Franklin's words when asked in 1787 what kind of government the Constitutional Convention had delivered:  "A republic, if you can keep it."  It is the duty of every citizen to vote in order to keep our Republic.

You may not consider voting to be a duty.  Nearly half of voting-age Americans routinely don't.  But you should recognize our right to vote as a cherished freedom that heroes and patriots have fought to secure for us and that millions of people around the world would be willing to risk their lives to secure for themselves.  Do your part by exercising your right to cast an informed vote.