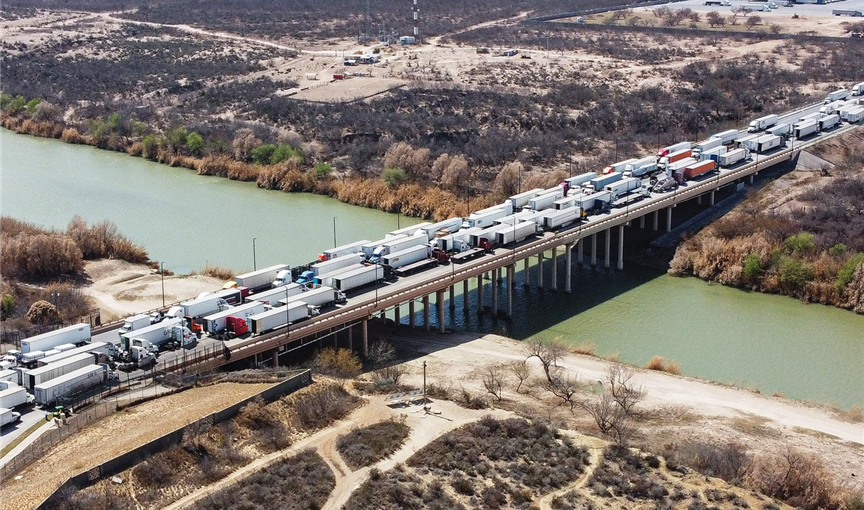 The coronavirus pandemic, temporary closure of the Suez Canal and United States-Mexico-Canada Agreement might seem unrelated, but they have crystallized the importance of expanding the extensive U.S.-Mexico trade relationship built on economic and cultural ties.

On a positive note, USMCA was ratified by all three countries, updating the North American Free Trade Agreement. It went into effect July 1, opening a new era of improved cross-border commerce — and at just the right time.

The pandemic and the canal closure highlight the importance of our nation's trade with our neighbors. Particularly for Texas, removing barriers and expanding trade with Mexico will continue three decades of positive economic impact from NAFTA. We must reduce dependence on global supply chains by bringing them closer to home, and USMCA clears a path to do so.

These events also underscore the need for significant infrastructure and technology upgrades at our ports of entry along the southern border. Now is the time to refocus on those priorities, which will streamline moving freight across the Texas-Mexico border and bring supply chains closer to home — mitigating negative impacts from global events and reducing our dependence on China as a supplier.

In Mexico, President Andrés Manuel López Obrador announced in October the country would invest $14 billion to improve highways, railways and border ports. On the U.S. side, we must make significant investments, including the development of Interstates 27, 69 and others to run from the Texas-Mexico border to the north and northwest, as well as additional infrastructure and upgraded technology at ports of entry. Twentieth-century technologies are no longer sufficient in a 21st-century world.

With substantial investments on both sides of the border, the U.S. and Mexico can strengthen trade ties bolstered by the USMCA.

The need for expanded and efficient cross-border freight movement has never been clearer. Laredo is home to the single largest land port on the U.S.-Mexico border and in 2020 handled nearly 4.6 million truck shipments, 240,000 rail car shipments and 401 million pounds of air freight, according to the Laredo Economic Development Corp.

Long wait times that cost billions of dollars are the byproduct of U.S. Customs and Border Protection inspections. However, those times can be shortened by expanding the CBP workforce at ports of entry and providing the agency state-of-the-art technologies for better and quicker inspection of commercial trucks and freight trains. To protect national security, our country must do a more thorough job of inspecting cargo carried by a higher number of vehicles and increase efficiency at the border to reduce delay costs.

Using nonintrusive inspection systems, or NII, and radiation-detection equipment, the average time taken to examine a cargo container is about 8 minutes, while a physical inspection can take up to two hours, according to the CBP Trade and Travel Report for Fiscal Year 2020 issued in February.

"The time saved using NII and radiation detection equipment saves CBP $1 billion in annual operations and saves industry $5.8 billion to $17.5 billion in costs due to delays," the report states.

Making those investments on the U.S. side of the border isn't just good for the economy. It's also fundamental to bringing supply chains closer to home, and that's an issue of national security.

Dennis E. Nixon is chairman and CEO of IBC Bank in Laredo.